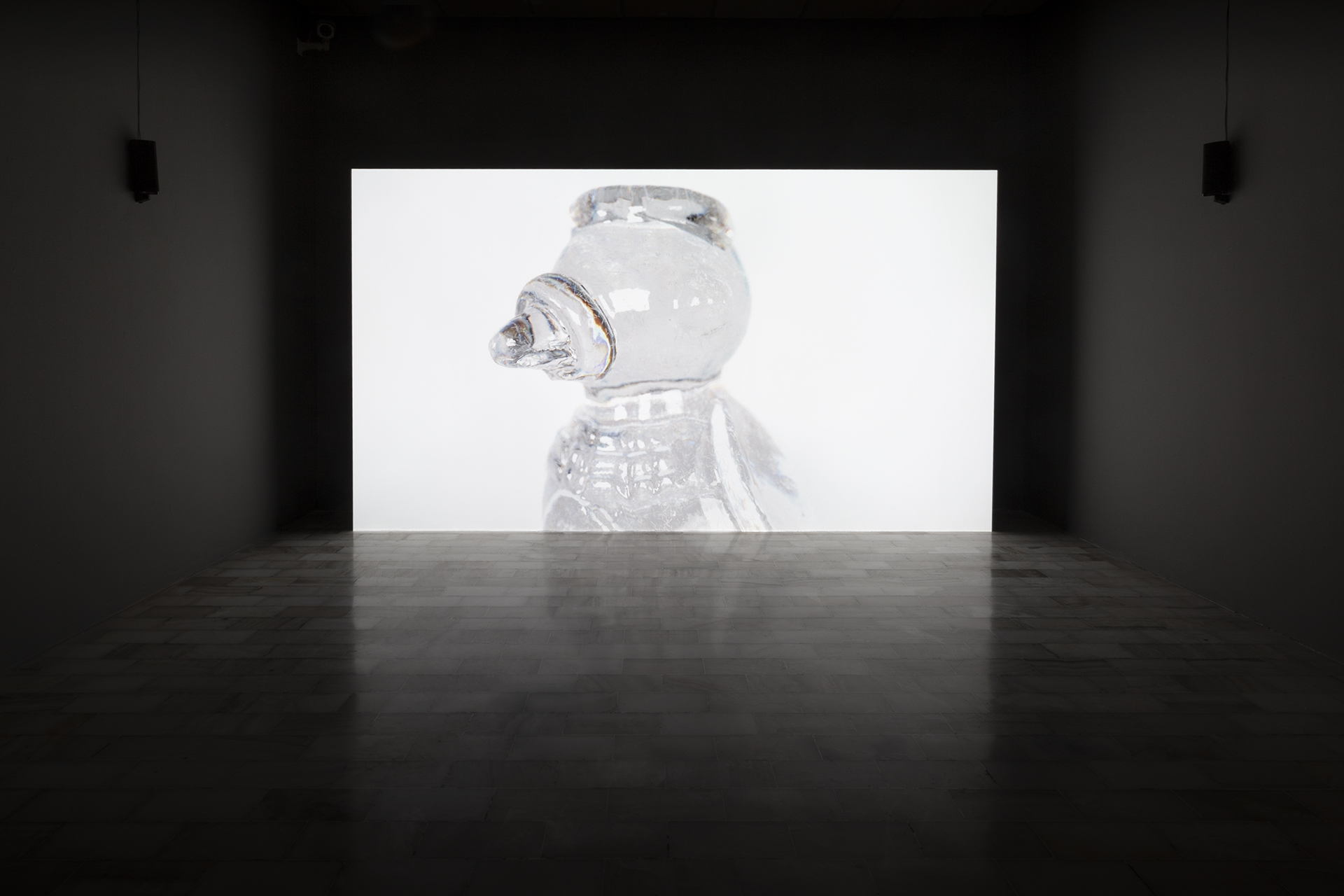 As Euro-American museums such as the MET, the British Museum and the Smithsonian increasingly dedicate a great amount of resources to 3D-scan and digitize their collections, Global Illumination meditates on the effects of such efforts and on the possibilities of representations of ethnographic artifacts in the present. By deploying one of the most advanced 3D-rendering technologies in CGI as well as borrowing from the aesthetic conventions of museum anthropology and auction house ads, the film probes the realist epistemology and the colonial desire to objectively measure difference that has guided most efforts to represent ethnographic artifacts since the early days of anthropology. The transparency and accuracy of scientific methods are challenged in the film as the hyper-realistic representation of the objects becomes undone and conjure a science-fiction atmosphere—as the objects themselves are rendered opaque by the aesthetic conventions used to represent them.

Ambient Occlusion departs from a selection of the Pre-Columbian ethnographic artifacts from the Pumapungo Museum collection featured in the film Global Illumination. The series of images explore the conventions of photographic representations of ethnographic artifacts found in museum displays, exhibition publications and auction house catalogs. Completely fabricated in 3D rendering software, the images sustain a conflicted relationship with realism and with the expectations of objectivity frequently attributed to the medium of photography and to anthropology museums.